If you love grip-based moves on the mat, you’re going to enjoy this episode as Neil Melanson explains how to execute 'The Snare.' This move can develop during a session when your opponent won’t allow you to position their arm toward the outside of the mat. It can lead to what Melanson calls a Rev-Four, or Reverse Figure-Four. As always, practice this technique and let us know how it works for you. Never stop learning! 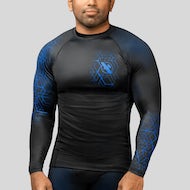