The pathway to gaining a sufficient level of confidence in Jiu Jitsu has a deliberate pattern — at least it does to Fabio Holanda.

Holanda, the head instructor at Brazilian Top Team Canada and a black belt since 2001, began to pick up on those cues as a teenager in Brazil and later as a young adult in Montreal, Canada.

“I started to coach [when] I was a blue belt,” Holanda said. “My coach … I used to attend his class and after, was one of my friend’s classes and then I had my class after. So I always trained with my coach and then I taught after.”

Known in the Jiu Jitsu and Mixed Martial Arts world as “Mastermind,” Holanda points to several dots that connect, undergirding what it takes to become confident in the martial art. First, there must be consistency when it comes to training. A student has to be dedicated to the sport and practicing on a regular basis. Naturally, apprehension will be there, especially for those new to Jiu Jitsu, but as drilling and techniques become ingrained, a student will then begin to believe in themselves and their skills.

As that experience builds, so does the rank and belt color. And as a Jiu Jitsu player’s rank elevates, so does their role on the mat. In Holanda’s system, those with blue belts and higher teach. It’s a method he incorporated after moving to Montreal in 2004. Shortly after his arrival, Holanda began training at the Montreal Wrestling Club with coach Victor Zuberman.

“He was like, as a coach, my idol,” Holanda admitted. “He had a system there.”

That system at the wrestling club was simple: Grapplers with a higher level of experience were paired with those who had less time on the mat. From there, it became a give-and-take exchange. Knowledge and technique were shared and eventually perfected, helping both wrestlers.

When you’re helping someone, it helps you to concentrate on the details.

“When you’re helping someone, it helps you to concentrate on the details,” Holanda said. “When I started to teach as a blue belt, I’d go to my coach’s class and I would really focus on what he was saying because I wanted to send the message exactly the same. That makes you more technical because you have to help the others. …. Any of my black belts can teach anywhere.”

Holanda admits occasionally he hears complaints about the repetitive nature of the system. Some call it boring, but their tune changes when it’s their time to play the role of instructor.

“As soon as they start to teach, they go, ‘Oh my God, it’s so good,’” he said with a laugh. “The system is so good because it really helps to teach.”

Speaking of being taught lessons, Holanda’s introduction to Jiu Jitsu came in an eventful way. He admits to having an affinity for fighting as a kid and in 1994, friends in his northeast Brazilian town of Natal, convinced him to come to a Jiu Jitsu class. Both were already blue belts.

As he was waiting for class to begin, Holanda and one of those friends were already on the mat. It was then his friend put him a triangle choke and began to laugh.

“I’m like why are you laughing? I still can punch you from here,” Holanda said. “So he actually choked me out cold. Then I woke up. I was very impressed and at the same I was like, man, I was fighting without knowing those things. I just want to learn that.”

Although his initial thought was to apply those skills to the fighting he was doing in the street, his mindset quickly changed and the unofficial fights stopped.

Once Holanda received his black belt in 2001, he moved to Rio de Janeiro where he lived and trained at the Brazilian Top Team facility. Established in Rio de Janeiro in 2000, Brazilian Top Team (BTT) founding members include: Murilo Bustamante, Ricardo Libório, Mário Sperry and Luis Roberto Duarte. While there, Holanda coached and competed in tournaments. He continued competing once he moved to Montreal in 2004.

He also ventured into professional fighting, garning a 6-6 record in those sanctioned bouts. Holanda also served as Jiu Jitsu coach for 2014’s The Ultimate Fighter Nations: Canada vs. Australia.

So how did he gain that “Mastermind” monicker? It came courtesy of a manager of MMA icon Georges St-Pierre and former professional mixed martial artists Patrick Cote (23-11 pro MMA record), and Jonathan Goulet (former pro MMA fighter that went 23-12 overall, including four wins in the UFC).

“All those guys used to train under me, so their manager gave me that nickname, the Mastermind, because I’m always making the game plan,” he said.

Part of that game plan, no matter the level of experience, is to keep things simple. An example of that came during a major tournament in 2003 where one of his students qualified for the finals. As the bout to determine his student’s opponent was about to start, Holanda told his pupil to rest, while he scouted the match. Holanda noticed the eventual winner constantly used a collar drag with his right arm. He later told his student to be mindful of the collar drag and to pass on his opponent's right side, neutralizing the move. The student listened, later scoring 2 points on a double-leg takedown, which led to a 2-0 victory.

“That’s why I say sometimes, Jiu Jitsu is like life. It’s simple,” Holanda said. “We make it complicated. You always look to complicate everything that we do, so it’s the same thing with Jiu Jitsu. You make it simple: Step 1, Step 2, Step 3, get your position, don’t lose your points. Stay in a safe position.”

It’s in that same simplicity confidence can be found. Just be prepared to commit, learn and teach.

Warrior In A Garden 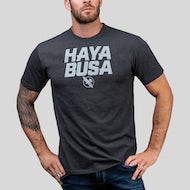 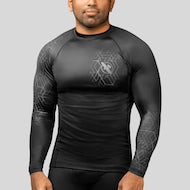